Most of the traditional longhouses in Sarawak were built by the bank of a navigable river.  Water was their source of life; their culture, their identity.  The river is their way of life; the most precious thing they treasured, along with other natural jungle produces.  However, in this 21st century, it was all about to change. 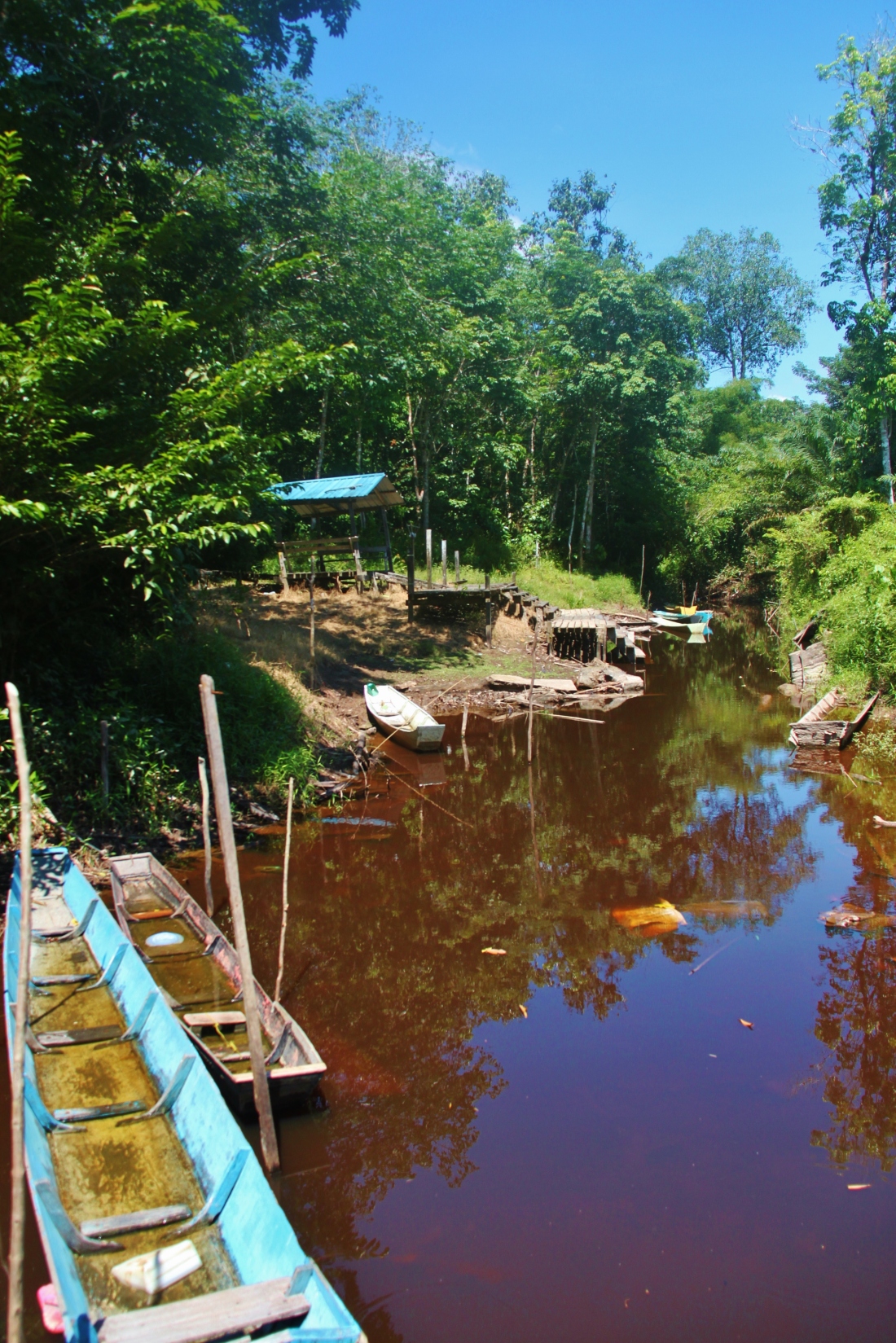 Decades ago, the people of Sg Naman and Ulu Naman, Sibu bathed in the river, decades later, they are still bathing at the same river.  The different between the then and now is the condition of the river they bathed.  Vast and rapid development had taken place and the expansion of oil palm plantation had all brought impact to the river.  It is now shallow; the water is no longer clean and free from pollution.

They are in fact, drying up.

I met some locals who were willing to share some of their stories – struggles and ways to live in the desperate situation.  How they went about their everyday living could impress you.  Almost everyone was talking about the same thing.  All survived despite not having piped water for decades.  Of course, everyone had to admit that it was much easier before.  But when time changes, and as the surrounding changes, they didn’t change.  And that brought problem, because their life wasn’t parallel with that changes.  Everyone was suffering from the same hardships.  Everyone desperately needed some change, some help that never seem to come.

“Grasses are growing.  They are covering up the drains, which are already drying up.  Sometimes, there are people spraying weed killer.  We shouldn’t bath there, but what choice do we have?”

The disgusting sight with its brownish colour and the smell, it was quite unbelievable that they could actually go through life like this.  The locals built a small shade at the riverbank and that was their ‘bathroom’.  It was simply a place to sit and bath and for washing.  Nobody dives in the river or pond now as they used to do, and fun wasn’t there anymore.  Unhygienic it could be; but as the locals put it, what choice do they have?  It was the only way.  It was the only water source for bathing and washing.  The only place they could clean themselves…or was it?

I dropped by a school and met three very friendly women – Alice Rantai, Janoi Luat, and Jessi Tanjong.  One of them clad only with sarong, but showed no sign of uneasiness towards my present.  They were very open in their stories and very welcoming to the camera I was holding.  Their house was in the school compound, and just outside their house was a man-made pond.  They were bathing and washing their clothes there.

The little girl who was sitting with her mother was not very happy with my present of course.  I asked the mother whether she was going to bathe her daughter, surprisingly, she literally did so.  “Mandi…mandi” (bathing…bathing).  The little girl was taken by surprise that she cried and that was my call to stop taking pictures of her.  According to Janoi, everybody had problem of itchiness on their body.  She showed me her leg and there were red spots on her leg.  Apparently, the water was so unhygienic that it created some skin problems among the locals.

Rainwater was still needed for washing and cooking, even in school.  Each school that was affected by the lack of clean water supply has a tube and treated water and the water is safe for consumption – a supply provided by the government.  “We still need to ration the water to ensure that it is enough for everybody.  We would try out best to avoid the tank from going dry.”  A principal who requested anonymity told me this.

However, in the event if the tank did run dry, welfare department could be called.  Fortunately, the department would respond to the call.  In an effort to ease the people at the school, especially the children, a councilor built a tank to store rainwater somewhere in the school for cleaning purposes.  Even that, it didn’t help much.

Lemba Kom, 65 said she had to pay RM2.50 for others to get five gallons of clean water supply, about 30 minutes from her home almost everyday.  The water itself was free, the money was a transportation fee – 50 cent per bottle (one gallon).  It didn’t mean that whoever helped her to get water supply was trying to get opportunity to earn more money, it was just a fair deal (gas and time).

Ironically, just a kilometer away was longhouses from another district, the folks there enjoyed clean water supply, though sometimes, they also experienced no water at all.  The month of June and July are nightmare periods for the folks of Ulu Naman and Sg Namans as it was drought period.  Even when there was pouring rain after long drought, the rain wasn’t safe for cooking as it smells of smoke.

To conclude all this, as I visit the folks (with a help of a guide), listening to their stories and standing under the scorching sun, I realised one thing; no one appreciates clean water supply as these folks do.  I’m not speaking in a global context, but at a smaller scale among the community of Sibu.

There are many places in Sarawak that experienced the same thing; some voices went unheard.  As I talked to them and looking at some sights that I didn’t expect, instead of feeling sorry for them, the first thing I felt was gratitude.  I could do without electricity, I could do with the heat, but without clean water, I’d go crazy.  Seeing their hardship, how they treasured clean water, I must always remind myself that there was absolutely nothing to complain.

However, I do hope that these folks could finally enjoy clean water supply soon.

I love everything life. It could be hard and did not make a lot of sense sometimes, but life has always been beautiful. I love writing about them and capturing them through my lens. View all posts by Jane Elizabeth Moh