Rejang River is the longest river in Malaysia, and Sibu town is just along this river.  Apart from the plane, I never see the town and the river from aerial view anywhere else until one day when I was at the mayor’s office.  I’ve been to the mayor’s office many times, but never really step outside the balcony to watch the view because the door was always closed.  What standing between the balcony and the mayor’s office is the transparent glass door.  But the view is blocked by …what do you call that…high fence?… at the balcony.  So, that fateful day, I looked outside, and I thought ‘no wonder people loves skyscrapers’.  It is such a beautiful sight.

So…a little tourist time here.  Sibu is not a city…okay..but it is a developing town.  The town owes much of its growth and prosperity to the mighty Rejang River.  It is a business town, soon to be very busy in the next few years, I believe.  It is a place where the modern world, nature, tradition and culture mixed up together. 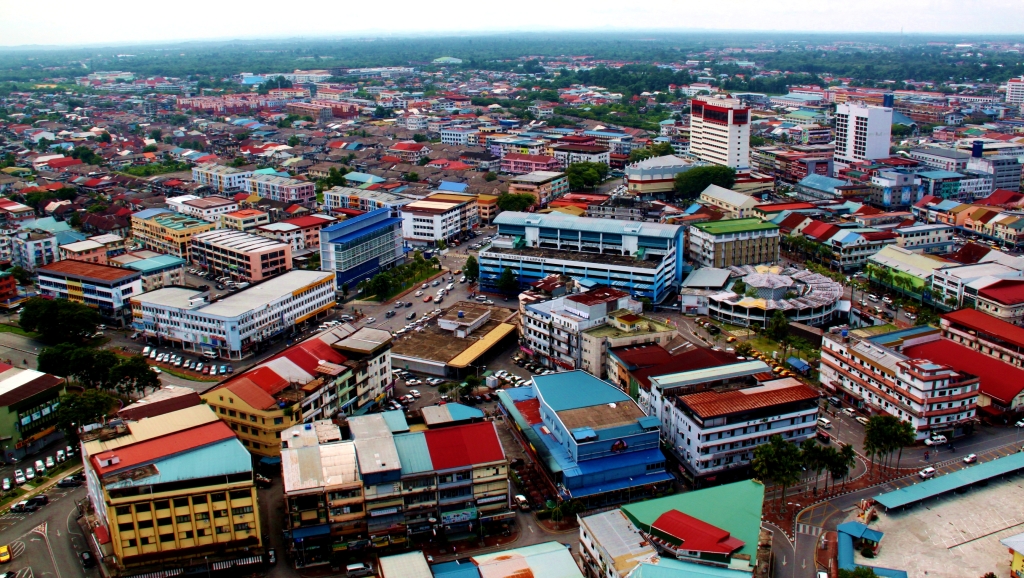 Growing up in this town, all I ever know was this is a boring town.  It is…actually, to be honest.  We don’t have Disneyland or beaches or national parks. Sometimes, it got me thinking… What is it about the town that the mayor and those in higher authorities so enthusiastic about?  Why they say that Sibu has great tourism potential? I got to admit, since few years ago, the number of tourists are increasing, though not as many as in the big city, you could still spot one or two foreigners everywhere you go.  To really understand that, I asked myself ‘Do I really need to see Sibu in a tourist perspective?’

At some point, maybe or maybe not.  Since I became a reporter, I met a lot of people, whether from the streets, or from businesses, or from the authorities, I learned a lot from them.  When I went for the job interview, I remember the chief told me ‘Journalism is about growing, you’ll learn more about yourself in this job’. And I believe its true.  And not only I learned more about myself and trying to improve the areas I needed to improve, I learned more about Sibu too.  The town where I grew up.

Being an observer to this town and through many meetings with people, I finally able to see Sibu from another perspective.  Not in a tourist eyes, but in the eyes who had always been a part of community of Sibu.  I realized that the town is full of heritage with interesting history.  I think it is a sad thing that the Education Ministry never encourage the students to learn more about their own town.  It is such an important subject. 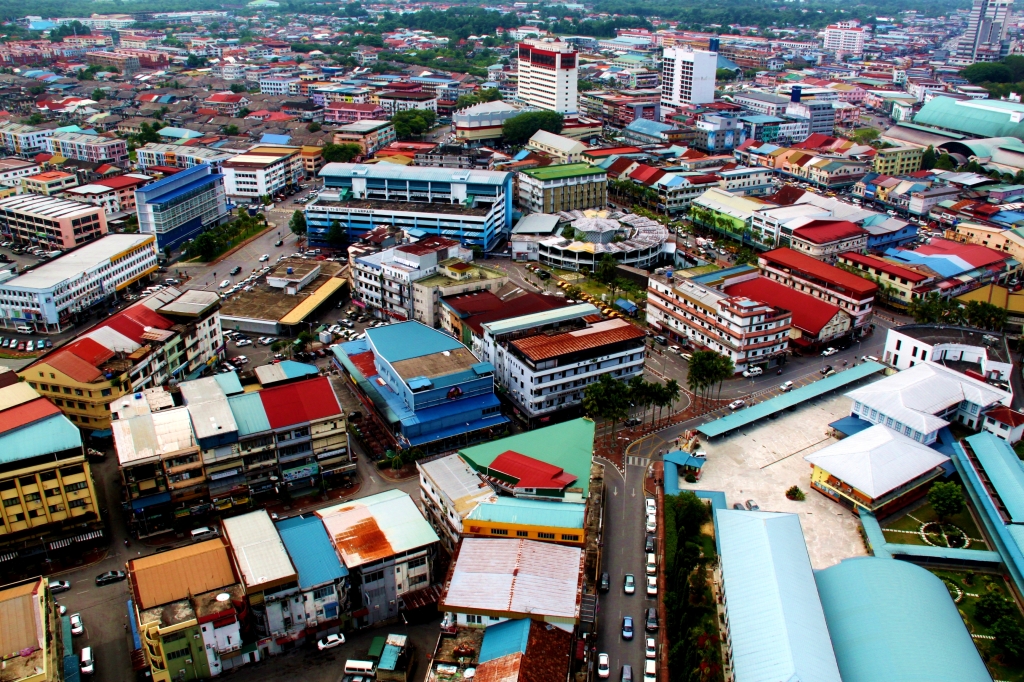 I also realized that the community spirit is very strong.  Because they love the people of Sibu so much, associations established memorial parks with history of the early Sibu.  The town is so rich in culture and heritage, if it went unexplored it would be gone forever.  Nobody will know that Sibu is called the ‘little Foochow’ or it was brought up by Christians missionaries.  It is also a town of cultures and festivals, and famous for its delicious and affordable local cuisine.  From Kampua, Dian Miang Ngu, to Bien Niuk to Kompia…they are the favourite among the locals and tourists.  Given the name as the Swan town, Sibu is steeped in the colourful history of the early Foochow immigrants led by Wong Nai Siong who were in search of a better life.  Today, Sibu is a fascinating and thriving modern town with vibrant centre.

Most importantly… I asked some of the tourists ‘what were their first impression on Sibu town?’ And they always say the same thing ‘The people are so friendly and loving’.  Now that really put the smile on my face.

I love everything life. It could be hard and did not make a lot of sense sometimes, but life has always been beautiful. I love writing about them and capturing them through my lens. View all posts by Jane Elizabeth Moh

3 thoughts on “A town by the mighty Rejang River”

Leave a Reply to Home Based Business Cancel reply